The Noble Eightfold Path describes the way to the end of suffering, as it was laid out by Siddhartha Gautama. It is a practical guideline to ethical and mental development with the goal of freeing the individual from attachments and delusions; and it finally leads to understanding the truth about all things. Together with the Four Noble Truths it constitutes the gist of Buddhism. Great emphasis is put on the practical aspect, because it is only through practice that one can attain a higher level of existence and finally reach Nirvana. The eight aspects of the path are not to be understood as a sequence of single steps, instead they are highly interdependent principles that have to be seen in relationship with each other.

Right view is the beginning and the end of the path, it simply means to see and to understand things as they really are and to realise the Four Noble Truth. As such, right view is the cognitive aspect of wisdom. It means to see things through, to grasp the impermanent and imperfect nature of worldly objects and ideas, and to understand the law of karma and karmic conditioning. Right view is not necessarily an intellectual capacity, just as wisdom is not just a matter of intelligence. Instead, right view is attained, sustained, and enhanced through all capacities of mind. It begins with the intuitive insight that all beings are subject to suffering and it ends with complete understanding of the true nature of all things. Since our view of the world forms our thoughts and our actions, right view yields right thoughts and right actions.

Right speech is the first principle of ethical conduct in the eightfold path. Ethical conduct is viewed as a guideline to moral discipline, which supports the other principles of the path. This aspect is not self-sufficient, however, essential, because mental purification can only be achieved through the cultivation of ethical conduct. The importance of speech in the context of Buddhist ethics is obvious: words can break or save lives, make enemies or friends, start war or create peace. Buddha explained right speech as follows: 1. to abstain from false speech, especially not to tell deliberate lies and not to speak deceitfully, 2. to abstain from slanderous speech and not to use words maliciously against others, 3. to abstain from harsh words that offend or hurt others, and 4. to abstain from idle chatter that lacks purpose or depth. Positively phrased, this means to tell the truth, to speak friendly, warm, and gently and to talk only when necessary.

The second ethical principle, right action, involves the body as natural means of expression, as it refers to deeds that involve bodily actions. Unwholesome actions lead to unsound states of mind, while wholesome actions lead to sound states of mind. Again, the principle is explained in terms of abstinence: right action means 1. to abstain from harming sentient beings, especially to abstain from taking life (including suicide) and doing harm intentionally or delinquently, 2. to abstain from taking what is not given, which includes stealing, robbery, fraud, deceitfulness, and dishonesty, and 3. to abstain from sexual misconduct. Positively formulated, right action means to act kindly and compassionately, to be honest, to respect the belongings of others, and to keep sexual relationships harmless to others. Further details regarding the concrete meaning of right action can be found in the Precepts.

Right livelihood means that one should earn one’s living in a righteous way and that wealth should be gained legally and peacefully. The Buddha mentions four specific activities that harm other beings and that one should avoid for this reason: 1. dealing in weapons, 2. dealing in living beings (including raising animals for slaughter as well as slave trade and prostitution), 3. working in meat production and butchery, and 4. selling intoxicants and poisons, such as alcohol and drugs. Furthermore any other occupation that would violate the principles of right speech and right action should be avoided.

Right effort can be seen as a prerequisite for the other principles of the path. Without effort, which is in itself an act of will, nothing can be achieved, whereas misguided effort distracts the mind from its task, and confusion will be the consequence. Mental energy is the force behind right effort; it can occur in either wholesome or unwholesome states. The same type of energy that fuels desire, envy, aggression, and violence can on the other side fuel self-discipline, honesty, benevolence, and kindness. Right effort is detailed in four types of endeavours that rank in ascending order of perfection: 1. to prevent the arising of unarisen unwholesome states, 2. to abandon unwholesome states that have already arisen, 3. to arouse wholesome states that have not yet arisen, and 4. to maintain and perfect wholesome states already arisen.

Right mindfulness is the controlled and perfected faculty of cognition. It is the mental ability to see things as they are, with clear consciousness. Usually, the cognitive process begins with an impression induced by perception, or by a thought, but then it does not stay with the mere impression. Instead, we almost always conceptualise sense impressions and thoughts immediately. We interpret them and set them in relation to other thoughts and experiences, which naturally go beyond the facticity of the original impression. The mind then posits concepts, joins concepts into constructs, and weaves those constructs into complex interpretative schemes. All this happens only half consciously, and as a result we often see things obscured. Right mindfulness is anchored in clear perception and it penetrates impressions without getting carried away. Right mindfulness enables us to be aware of the process of conceptualisation in a way that we actively observe and control the way our thoughts go. Buddha accounted for this as the four foundations of mindfulness: 1. contemplation of the body, 2. contemplation of feeling (repulsive, attractive, or neutral), 3. contemplation of the state of mind, and 4. contemplation of the phenomena.

The eighth principle of the path, right concentration, refers to the development of a mental force that occurs in natural consciousness, although at a relatively low level of intensity, namely concentration. Concentration in this context is described as one-pointedness of mind, meaning a state where all mental faculties are unified and directed onto one particular object. Right concentration for the purpose of the eightfold path means wholesome concentration, i.e. concentration on wholesome thoughts and actions. The Buddhist method of choice to develop right concentration is through the practice of meditation. The meditating mind focuses on a selected object. It first directs itself onto it, then sustains concentration, and finally intensifies concentration step by step. Through this practice it becomes natural to apply elevated levels concentration also in everyday situations. 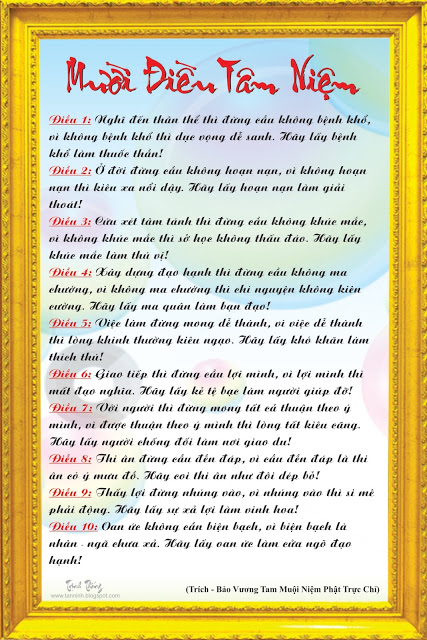